Not Just Another Conference

Posted on July 23, 2014 Categories: Blog Comments are off for this post 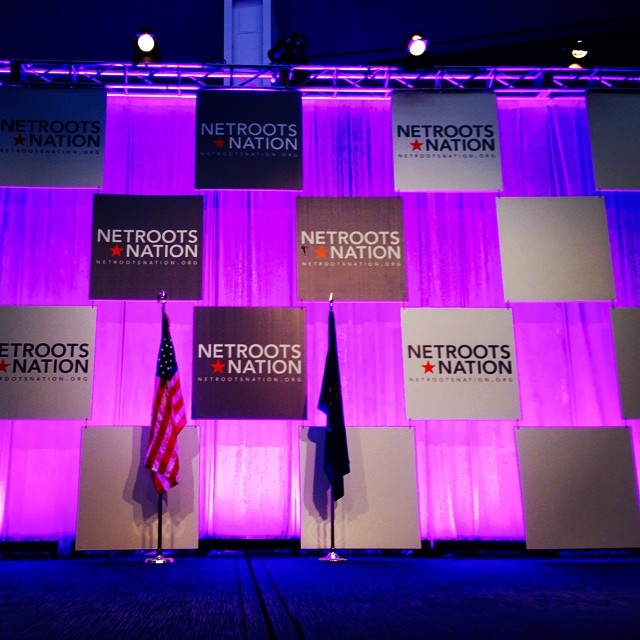 I attended my first Netroots Nation in Detroit last week and it exceeded all of my expectations.

I learned about what it means to be a progressive from some of the best and brightest advocates in the country. But don’t worry, this blog won’t just be me gushing about all the great people I met and new friends I made – it’s even bigger than that.

It’s easy to get caught up in our own day-to-day lives, in the bubble that is state politics and niche issue areas. We are the stars of our own movies after all.

Netroots Nation is an anecdote to that mentality. It is a reminder that even though we sometimes feel like we’re going it alone, we’re not. No man or woman is an island. There are thousands of other progressive activists around the world who are fighting just as hard every day to make communities and lives better for all – including yours.

That’s what the progressive movement is all about – community. As President Barack Obama once said:

“If there’s a child on the south side of Chicago who can’t read, that matters to me, even if it’s not my child. If there’s a senior citizen somewhere who can’t pay for their prescription, who has to choose between medicine and the rent, that makes my life poorer – even if it’s not my grandparent. If there’s an Arab-American or Mexican-American family being rounded up by John Ashcroft without benefit of an attorney or due process, I know that that threatens my civil liberties. And I don’t have to be a woman to be concerned that the Supreme Court is trying to take away a woman’s right, because I know that my rights are next. It is that fundamental belief – I am my brother’s keeper, I am my sister’s keeper – that makes this country work.”

When we all have the freedom and opportunity to succeed, we all benefit. That’s what the progressive movement is all about.

Netroots Nation is over for now, but our work is far from complete. I look forward to reuniting with other progressives next year. In the meantime, I’ll keep fighting.