Posted on August 26, 2014 Categories: Blog Comments are off for this post 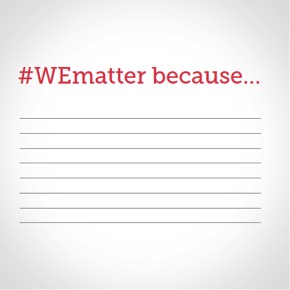 Today is national Women’s Equality Day, marking the date in 1920 that the 19th Amendment was officially added to the U.S. Constitution, giving women the hard earned right to vote.

At Engage Michigan, every day is Women’s Equality Day, as we fight day in and day out for equal pay for equal work, paid sick days, affordable childcare, reproductive health care, and more.

I know, you’d think that in 2014 issues like equal pay for equal work wouldn’t be issues, but sadly, in 2013 the U.S. failed to make the top 10 — or even the top 20 — of the World Economic Forum’s list of the most gender-equal countries.

In Michigan, some state legislators have been turning back the clock on women’s rights faster than Beyoncé squashed divorce rumors at the VMAs. One of their most demeaning acts included passing a law requiring women to buy rape insurance last year.

If that makes you as mad as it makes us then make your voice heard. Join the conversation and help us make it clear to our elected leaders that the success of women and families and the issues we care about are important. Because, put simply, #WEmatter.

Tweet about what matters most to you and your family at @EngageMichigan using the hashtag #WEmatter.