Posted on November 13, 2014 Categories: Engage Michigan, Press Release Comments are off for this post

LANSING — Today, a number of advocacy organizations held a press conference at the state Capitol to highlight the positive impacts that paid sick day legislation would have for Michigan’s workers, businesses, and the economy.

Representatives of D15 and MOSES joined speakers from Mothering Justice and Engage Michigan, as well as the Michigan League for Public Policy and ROC Michigan, to call on elected leaders to discuss and pursue paid sick day legislation.

In a recent poll, 57 percent of respondents, including 79 percent of Democrats and 41 percent of Republicans, said it was “very important” for lawmakers to consider new laws to help keep working families economically secure, including ensuring workers the right to earn paid sick days.

“This type of legislation is nothing new. In fact, many employers already have this type of policy in place,” Atkinson continued. “But for those who don’t have paid sick days, this type of law can be life-changing: it can make a world of difference for working women, single parents, and workers across the spectrum.”

More than 1.5 million Michigan workers — about 46 percent of the state’s private sector workforce — are not able to take a paid sick day when they are ill.

Studies show that paid sick day legislation is not only sorely needed when unforeseen illnesses and family emergencies occur, but helps businesses and the economy, too.

“At some point in our lives, nearly all of us need to take time off of work to recover from an illness or a medical condition, get medical treatment, or care for a sick loved one or a new child,” said Marissa Luna, a new media specialist with Engage Michigan. “Many people cannot afford to lose a day’s worth of pay to take care of themselves or their loved ones when situations like those arise. Having guaranteed paid sick days would ensure that everyone has a fair shot at getting ahead and that no one would get left behind because of an unexpected problem at home.”

Kelly Garrett of Mothering Justice knows firsthand the benefits that come with having paid sick days.

“My son has sickle cell anemia. In 2004 he had a crisis that had him in the ICU for two weeks. He was only four years old and on a respirator. The very last thing on my mind was my job,” Garrett said. “Thankfully, I didn’t have to be concerned about my job because I had paid sick leave. Having paid sick leave coupled with the support of the Family and Medical Leave Act allowed me to take the time to be with my son during that horrific ordeal and not worry about losing my job.”

“I have friends that do not have the same opportunity that I had. Some have to leave their children in the hospital because they have to make sure that their job is safe because without it, they don’t have insurance,” Garrett continued. “Having paid sick leave is good for families. It allows us to take care of the people we care about the most in our lives without fear of not being able to pay a bill or possibly losing our jobs.”

The press conference served as a launching point for the groups to begin organizing around the issue for the next two years. They believe that the beginning of a new legislative session requires a renewed push for priorities that benefit all Michiganders, including paid sick day legislation.

“Starting today, numerous nonprofit groups across the state will begin educating Michigan residents, talking to lawmakers and organizing our communities around the importance of paid sick days,” Luna continued. “We know that paid sick day legislation will improve lives and make Michigan a better place to live or start a business.” 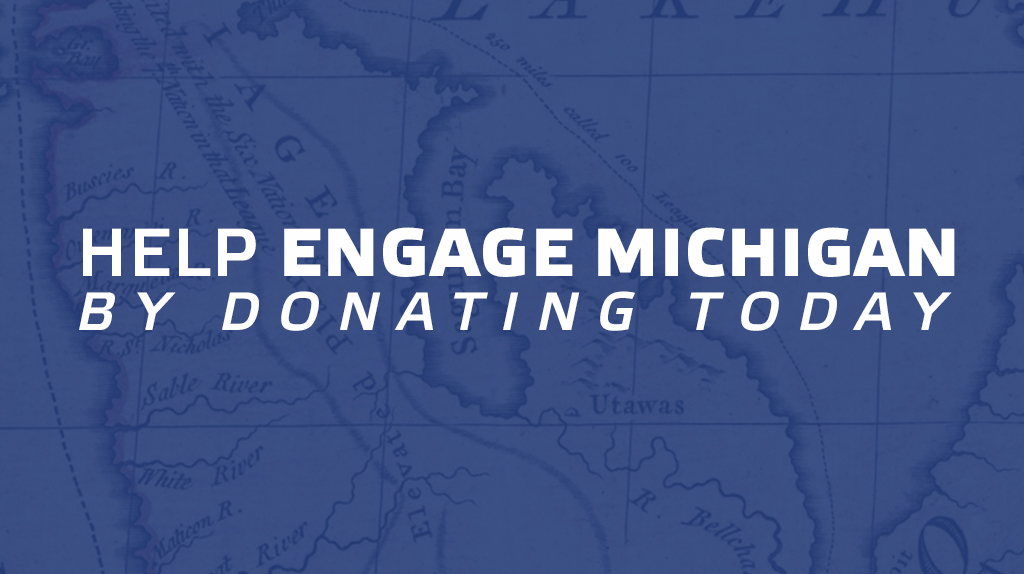 Power our efforts to engage and educate Michigan