Engage Michigan > Blog > Blog > Why Don’t We Track How Many People Are Killed By Police?

Why Don’t We Track How Many People Are Killed By Police?

Posted on April 23, 2015 Categories: Blog Comments are off for this post 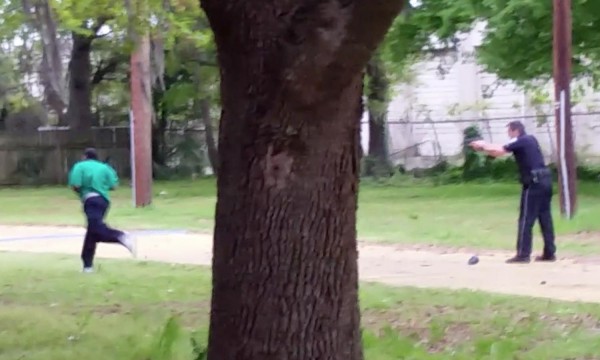 It’s because we don’t want to know the answer

From North Charleston to Metro Detroit, every day seems to sear fresh images of police brutality into the national consciousness. State violence against people of color has become an issue that even the corporate media can no longer ignore. And yet this increased media scrutiny has only served to underline just how little information exists on police killings in the United States.

Two weeks ago, investigative reporters at the Washington Post found that only 54 police officers were charged in fatal shootings over the past decade, with fewer still convicted. But they could not say how many people the police killed during this period, writing only that incomplete and unreliable federal statistics put the number in the thousands. Indeed, last fall the Post ran a story headlined, “How many police shootings a year? No one knows.”

It is a staggering admission for a country that religiously measures its various economic outputs. As The Guardian dared to ask: “The U.S. government is a virtuoso counter. So why can’t it count people killed by police?”

Much has been written about the flaws of the existing record-keeping systems, which are marred by precinct self-reporting and inconsistent sourcing. But blaming technical difficulties is a cop-out. Error-ridden systems are not tolerated when it comes to counting police or military deaths. As African American studies scholar Paul C. Taylor suggests, the most honest answer may also be the simplest: we do not count how many people are killed by police because many, perhaps most Americans do not want to know the answer – and those in power do not want us to know. If we knew the true extent of the violence, we would be compelled to take action. For the millions who enjoy race and class privilege under the existing system, it is easier to pretend not to know.

And yet, at some level, we recognize the magnitude of police violence already. Even those insulated from police harassment must realize that the recent explosion of police brutality videos represent only a small fraction of what is actually happening in this country. Most attacks go unrecorded or, if they are, never see the light of day for fear of retaliation. By definition, what winds up on YouTube is the minority of the minority – meaning that the scale and severity of police violence is far greater than most white and upper-class people are prepared to believe.

The problem we face is not ignorance, but denial. And statistics will never sway those whose financial interests depend on their continued belief in a colorblind utopia. This is why national databases alone cannot stop the bloodshed. If there is one thing we should have learned from whistleblowers like Chelsea Manning and Edward Snowden, it is that data will not save us. Documentation of wrongdoing is no substitute for the political will required to challenge it.

Until Americans come to terms with how our society benefits wealthy white elites at the expense of everyone else, and then join forces in fighting for structural change, the body count will only climb higher.